by DEAD TO A DYING WORLD 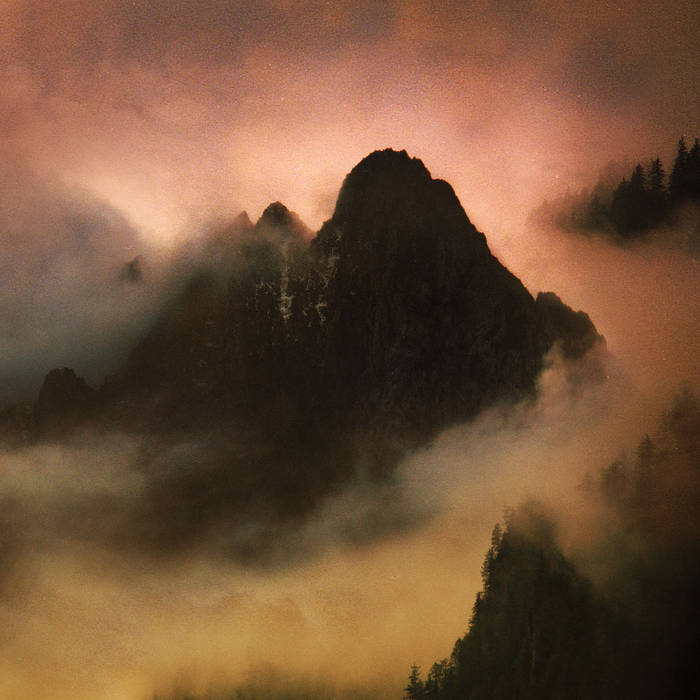 trainh13 Up there as one of my favorite doom albums of all time. It's an immense collection of atmospheric, massive, crushing, and absolutely monolithic waves of sound. Simultaneously beautiful and hideous, it really does spell out humanity's doom in painfully wretched explosions of aural assault. It's gorgeous, a downtrodden but fiery masterpiece. Favorite track: Empty Hands, Hollow Hymns.

pandakin Incredible variety of styles, yet still cohesive. The opener sounds like a darker version of Madrugada and is then followed by The Seer's Embrace, an awesome ride through everything that great Metal (or music in general for that matter) can be. By the time you hit Vernal Equinox it is quite clear, that this album is one of a kind. Favorite track: The Seer's Embrace.

Andy Sometimes this reminds me of Dzonga, sometimes of SAOR, and the opening track, Syzgy which is difficult to pronounce with its lack of vowel sounds, just has to be sung by Johnny Cash !! Dead to a Dying World have given us a beautiful and somewhat eclectic album that I just want to keep on playing forever. Favorite track: Syzygy.

Sonny92 Elegy sees Dead to a Dying World weaving beautifully atmospheric tales from the darkside, blending black metal with post-rock and even doom metal elements. The layers of sound include Hammond organ, Eva Vonne's viola and several guest musicians, including the cello of Tim Duffield, Thor Harris on percussion and several guest vocalists in addition to the dual male/female vocals of Mike Yeager and Heidi Moore Favorite track: Of Moss And Stone.

Atti Thank you with love my Dear Ric. Favorite track: The Seer's Embrace.

Hallowed be Thy Tunes

A Carnival of Ghosts

Enemy Of The Sun

Texas based elemental dark metal ensemble DEAD TO A DYING WORLD have completed work on their poignant new epoch “Elegy” set for release on CD/2LP/Digital on April 19th. Following up 2015’s ambitious “Litany” endeavor, “Elegy” sees the septet take their creative spirit to a new apotheosis resulting in the collective’s most focused and moving opus yet.

With “Elegy”, DEAD TO A DYING WORLD craft their vast aural landscape in such flourish, one consisting of seamless of sonic textures guided by the likes of apocalyptic dark metal, doom metal, and epic cinematic post rock. With a musical structure that consists of three monolithic central tracks reinforced by three stirring interval segments, “Elegy” presents a new grandiosity in DEAD TO A DYING WORLD’s audial palette. One of the key musical components in “Elegy” are the monolithic melodic surges that thrive throughout “Elegy’s” discourse, whether it’s through the more aggressive post-black metal-ish flourishes that counter with the more melancholic yet immense melodic components that truly begin to define the band’s sound. The dual vocal projection of Mike Yeager and Heidi Moore continues to serve as a defining staple while the band also continue to expand their instrumentation, solidified even more through Eva Vonne’s viola which continues to bridge and become a central element in DEAD TO A DYING WORLD’s sound as well as including outer-sound instruments like expanded experimental percussion, hurdy gurdy, hammond organ/piano, and concert bass.

Once again produced by Billy Anderson, “Elegy” being one of the acclaimed producer’s most riveting productions he’s done in recent times, “Elegy” once again sees the band welcoming a small cast of guest musicians. Featuring guest appearances by Thor Harris (ex-Swans) on four tracks alone, along with guest vocals by Jarboe (ex-Swans), Dylan Desmond (Bell Witch), and Emil Rapstine (The Angelus), along with contributions from Pablo C. Urusson (Sangre de Muerdago) and cello contributions from Tim Duffield (ex-Sans Soleil), the new contingent of guests helps elevate the narrative of “Elegy” to a new plateau.

“Elegy”, a foretelling of a post-human world, explores themes of loss, grief, and the dawn of a new ecology through the eyes of a lone wanderer. The last human grieves the end of humanity, reflecting on the temporal insignificance of man and the sixth extinction caused by the Anthropocene – the end of our kind brought about by our own hubris, greed, and desire for power over one another. “Elegy” marks the third chapter in the trilogy, which explores our relationship to our world by reflecting on our past, present, and impending future.

Dead To A Dying World Texas

Bandcamp Daily  your guide to the world of Bandcamp

New sounds from Mavi, Ivy Sole & Moderator, plus AJ, the One joins the show, for her latest release